Plant a tree in memory of Mart
An environmentally-friendly option 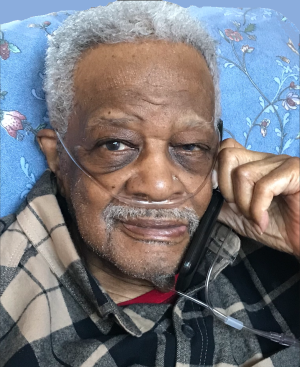 In honor of Mart Freeman Wright, who passed away on March 13, 2021, in Lawrenceville, Georgia will forever be remembered as it was on our Holy Shabbat (day of rest) that Dad went to be with the Lord. People who pass away on this holy day are titled Tzadik and considered righteous. May Dad’s memory be a blessing for all times.

Mart Freeman Wright was born on May 31, 1933, in Dewitt, Arkansas, to parents Barber Freeman and Sadie Johnson Wright. He grew up with ten siblings and was preceded in passing by nine siblings (Barber Oliver, Roy, Ethel May Jones, Pastor Eugene, Thomas, Rosie Blair, Leon, Vera, Oscar and survived by his sister Carol Harris Wright (Landa)).

After graduating from Timken Vocational High School in Canton, Ohio, Dad joined the Navy in 1951 and served in the Korean War, receiving an honorable discharge. After being discharged, he attended college and studied electrical engineering. He became an entrepreneur and established United Technicians.  He was tremendously loved by his family and friends, and if in need, you could count on him being there.

He leaves behind four children, Robin Green, Robert and Hope Birdsong, Renee Garner, and, Alfreda wife of Gary Jones, who preceded in passing to include a host of grandchildren, great-grandchildren, nieces, and nephews.

We will always miss Dad, and through his love, we have learned compassion, patience, endurance, and most of all, love. We give thanks to all of those who cared for him in the hospital and at home.

We will receive friends and family in Covington, Georgia, as well as Canton, Ohio. Arrangements by Byrd and Flanigan Crematory & Funeral Service, Lawrenceville. 770-962-2200.

Plant a tree in memory of Mart by clicking here.
To send flowers to Mart's family, please visit our floral store.

A service summary is not available

Plant a tree in memory of Mart
An environmentally-friendly option

Plant a tree in memory of Mart

1 tree planted in memory of Mart

A Memorial Tree was planted for Mart Freeman Wright

Plant a tree in memory of Mart